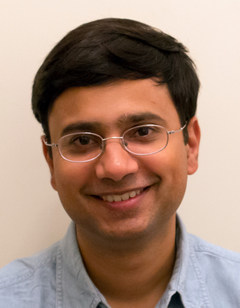 I am an entrepreneur, software engineer, dad and mentor. I spent the early part of my career working in storage/file/database systems at various firms (Oracle/Netapp/Yahoo and finally Facebook) and unnamed startup ventures. At Facebook, I spent a lot of time on Hadoop and Hive and then later co-founded Qubole where I wore the CTO hat for many years and ran Engineering, Operations and later Product as well. YourStory ran a hagiography on me a few years back that captures more details of my time on Earth so far!

Lately, I have been advising young startups on strategy and fund-raising. DMs on this topic are welcome from fellow entrepreneurs. You can find me on LinkedIn, @jsensarma (Twitter), Quora or message me directly at jsensarma on gmail. I love looking at the world through a lens. You can check out some snaps on the Photography tab or follow me on 500px where I tend to post occasionally.

Some of the blogs on this site became more popular than I anticipated:

My early Quora posts also continue to attract some traffic:

Of late, I have been posting articles on LinkedIn Pulse:

Politics is a hard topic to avoid. Some scattered writings:

We need a contest for worst named Universities. I would nominate 'Lovely Professional University'.

24 years ago, Roberto Carlos scored that spectacular goal from a free kick (Brazil vs France)!